Scientists in Latin America recently published the first coordinated plan for the region’s research in high-energy physics, astrophysics and cosmology.

Latin American scientists have completed their roadmap for the next five years of physics research, marking the end of a two-year grassroots effort to plan for the future of experiments and partnerships in the region.

“One of the main goals was to find where collaboration could generate more impact for Latin American contributions to physics,” says Marcela Carena, head of the Theoretical Physics Department at the US Department of Energy’s Fermi National Accelerator Laboratory. “At this moment, there’s been no other Latin American body to guide such a strategic plan for the scientific community.”

Carena, originally from Argentina, was one of the 23 members of the Latin American Strategy Forum for Research Infrastructure (LASF4RI) preparatory group, the team responsible for collecting input from the Latin American and international theoretical and experimental physics community in three pilot areas of research: high-energy physics, astrophysics and cosmology. The scientists on the team represented 10 countries in the region—Argentina, Bolivia, Brazil, Chile, Colombia, Ecuador, Mexico, Peru, Paraguay and Venezuela—as well as Japan, Europe (as represented by CERN) and the United States. 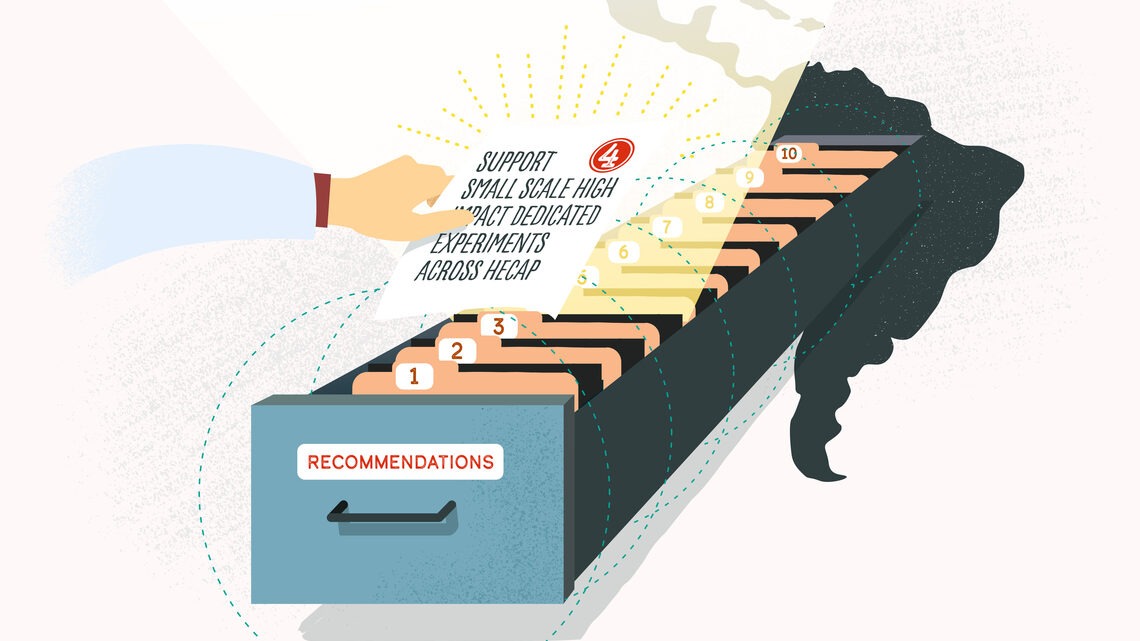 A plan for science and infrastructure

The final report contains 10 recommendations, beginning with a push for continued support of current and future projects in cosmology and astrophysics, ranging from those already in operation—such as Pierre Auger Observatory in Argentina—and those planned for the near-term—such as the BINGO telescope in Brazil and Vera Rubin Observatory in Chile—to those planned for start-up more than a decade from now—such as the South American Gravitational-Wave Observatory.

Latin America is known for its clear skies and powerful telescopes; it provides the location for crucial observations that form many astrophysics and cosmology experiments.

“There are a series of projects that are already being built in Latin America and will become operational in 2025 or 2026,” says Marta Losada, originally from Colombia and more recently a professor of physics and the dean of science at New York University Abu Dhabi, who chaired the preparatory group. “So that’s a high priority.”

Another high priority named in the report is ANDES, an underground laboratory proposed to be built in a tunnel connecting Argentina and Chile. The laboratory, protected from cosmic radiation that hits the planet’s surface, would allow scientists around the world to investigate dark matter and neutrinos, as well as conduct experiments in biology and geology.

“You need to start building the capacity and the expertise for those experiments now, if you want to build them in the region,” Losada says.

The report also describes the need to improve the region’s computing infrastructure and internet connectivity. The report says it is “fundamental to all experimental efforts” and will help scientists process the vast amounts of data generated at research sites, such as the under-construction Vera Rubin Observatory and the planned Cherenkov Telescope Array, both in Chile.

The LASF4RI group also mentioned the need to help scientists align their research with funding options, which can be tough to navigate. “Latin America is a complex environment with many countries and many different funding agencies,” Carena says.

Prior to publishing the final report, the authors presented their recommendations to government officials and leaders of funding agencies in Latin America on October 27, 2020. Afterward, the officials at the fourth Iberoamerican Science and Technology Ministerial Meeting issued a declaration.

Carena says the declaration provides national and international validation for the work of local scientists, labs and universities. Losada adds that “it was important to reflect the size of the growing community of Latin American physicists, and for us to demonstrate how you should continue to protect that investment in knowledge and resources.” 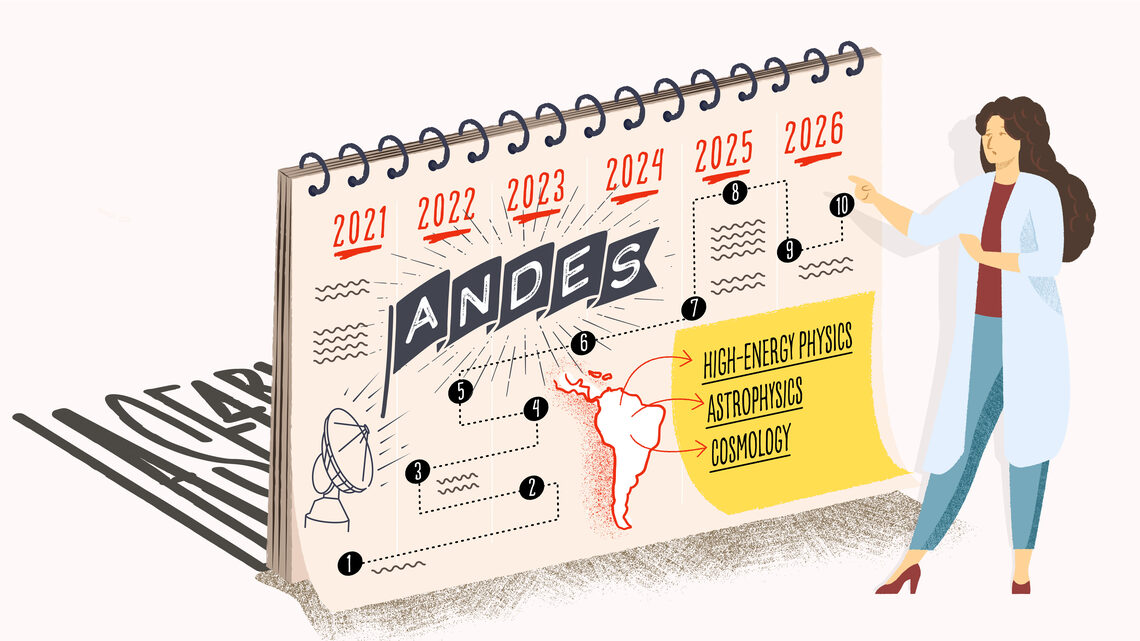 Latin American physicists began brainstorming what might go into a formal regional strategy—inspired by the longer-term plans developed for Europe and the United States—at professional conferences going back to 2016. And in early 2019, LASF4RI held its first workshops to create such a plan.

“Before this, we really hadn’t even worked out our main areas of research in Latin America or our strengths very clearly. These are really important, deep questions,” Losada says.

Through extensive consultation and meetings, the team worked with physicists across disciplines to come up with the final recommendations. In 2020, the committee adjusted their meetings as the pandemic forced them to replace international in-person gatherings with Zoom calls.

With an endorsement from the reviewers, the LASF4RI group finalized their report in November 2020.