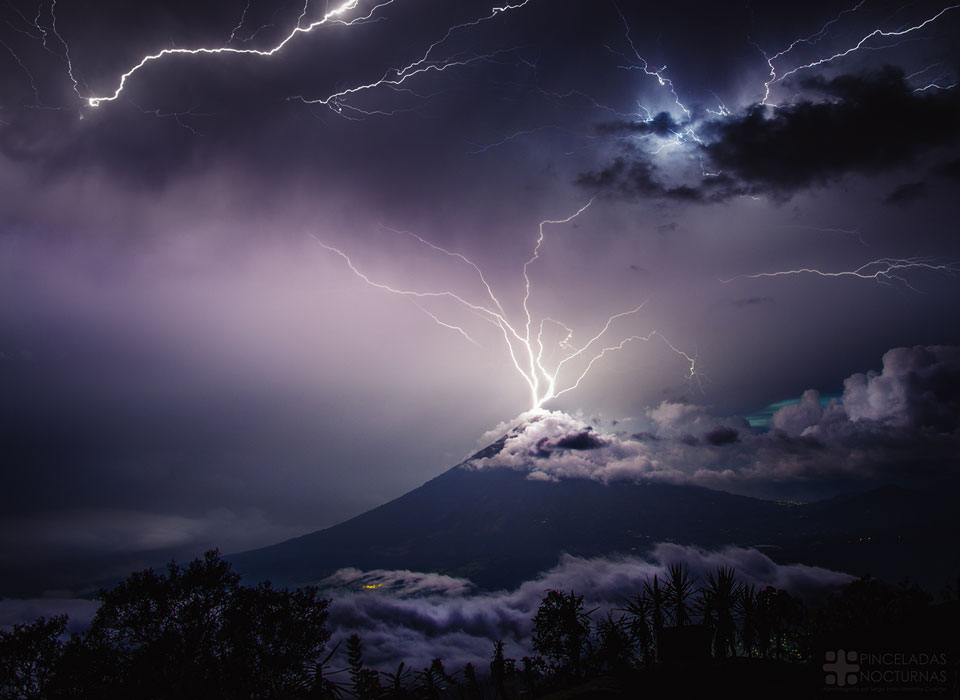 Explanation: Have you ever watched a lightning storm in awe? Join the crowd. Details of what causes lightning are still being researched, but it is known that inside some clouds, internal updrafts cause collisions between ice and snow that slowly separate charges between cloud tops and bottoms The rapid electrical discharges that are lightning soon result. Lightning usually takes a jagged course, rapidly heating a thin column of air to about three times the surface temperature of the Sun. The resulting shock wave starts supersonically and decays into the loud sound known as thunder. On average, around the world, about 6,000 lightning bolts occur between clouds and the Earth every minute. Pictured earlier this month in a two-image composite, lightning stems from communication antennas near the top of Volcn de Agua (Volcano of Water) in Guatemala.