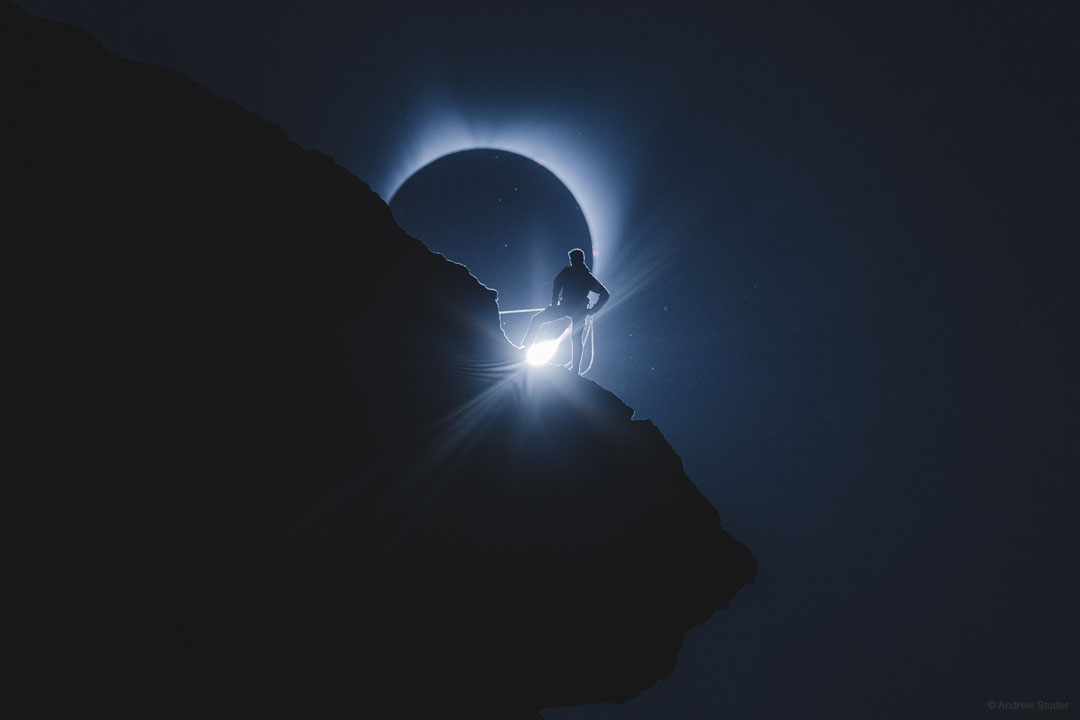 The Climber and the Eclipse
Image Credit & Copyright: Andrew Struder

Explanation: What should you do if your rock climbing picture is photobombed by a total eclipse of the Sun? Rejoice -- because your planning paid off. After months of considering different venues, and a week of scouting different locations in Oregon's Smith Rock State Park, a group of photographers and rock climbers led by Andrew Struder, Ted Hesser, Martina Tibell, and Michael Shainblum settled on picturesque 100-meter tall Monkey Face tower as the dramatic foreground for their images of the pending total solar eclipse. Tension mounted as the eclipse time approached, planned juxtapositions were scrutinized, and the placement of rock climber Tommy Smith was adjusted. Right on schedule, though, the Moon moved in front of the Sun, and Smith moved in front of the Moon, just as planned. The solar eclipse image displayed here actually shows a diamond ring, an eclipse phase when a bit of the distant Sun is still visible beyond the Moon's surface.