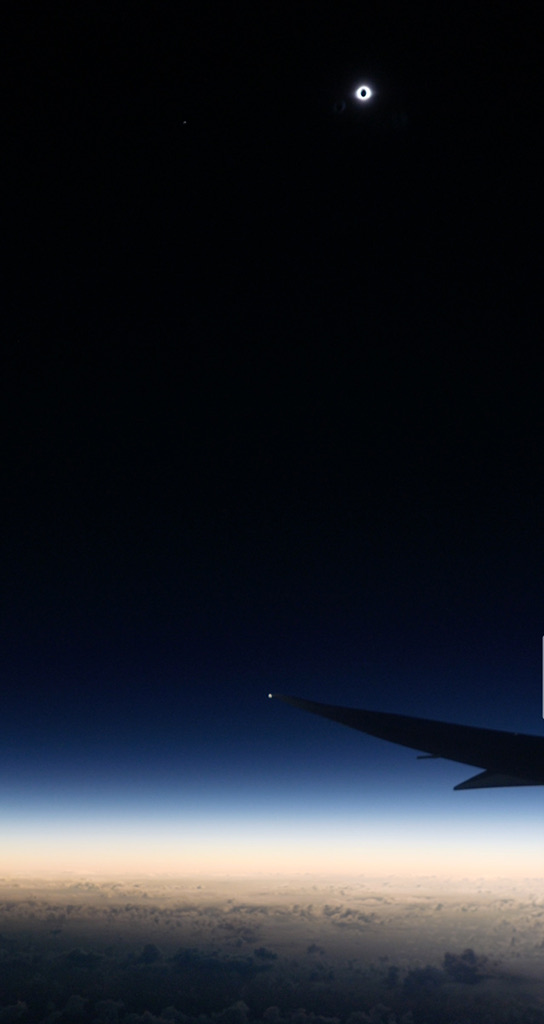 Explanation: The total phase of the July 2nd solar eclipse lasted about 4 minutes and 30 seconds at the point of maximum eclipse. On the surface of planet Earth, that was about 600 nautical miles north of Easter Island in the Southern Pacific Ocean. But from 37,000 feet above, on a charter flight intercepting the Moon's shadow, the Moon could be seen to completely block the Sun for about 8 minutes and 30 seconds. With a tailwind at the mid-eclipse intercept point, the plane was traveling around 488 nautical miles per hour chasing along the Moon's shadow track. From above the clouds this wide-field image of the totally eclipsed Sun and shimmering solar corona over the wing records the spectacular view from a window seat on the sunward side of the aircraft.